Mobile Concrete Delivery Photo Album: Delivering Concrete for the Remodeling of the Garden Center at a Walmart in Hamilton, NJ

Our Contracting Division was working on replacing the concrete for the garden center of a Walmart in Hamilton, NJ. There were a few large areas that needed to be replaced, so the Contracting Manager knew that a lot of concrete would be needed to complete the job. He calculated that he would need over 100 yards of concrete to perform all the replacing. The Contracting Manager worked closely with the Quality Concrete Coordinator to arrange all the deliveries. Two Contracting crews were sent out to start the breaking and framing process. The crews worked in sections and as the sections were ready to be poured, a concrete truck or two were sent out to deliver the concrete.  Ken, the Concrete Specialist, was out to make the first delivery. He loaded his truck with enough material to make 10 yards of concrete and headed out to the job site. When he was on his way there, he contacted the Contracting Foreman to provide him with an estimated time of arrival. Once at the site, the concrete truck was parked right outside the garden center. Fresh concrete was mixed right at the job site offering more flexibility and better quality. The concrete was poured into a bobcat machine so it could be transported to the inside of the garden center, and poured into the framed out slabs. As the concrete was being poured, the crew members floated and finished the concrete. Once the delivery was completed, a second truck was sent out if needed, and so on until the project was completed. After every delivery was made, the chute was washed out to ensure quality. At the end of the project about 150 yards of concrete were delivered. The job was completed in a timely manner, and the staff at the Walmart location was very pleased with the service provided by the Quality 1st Team. 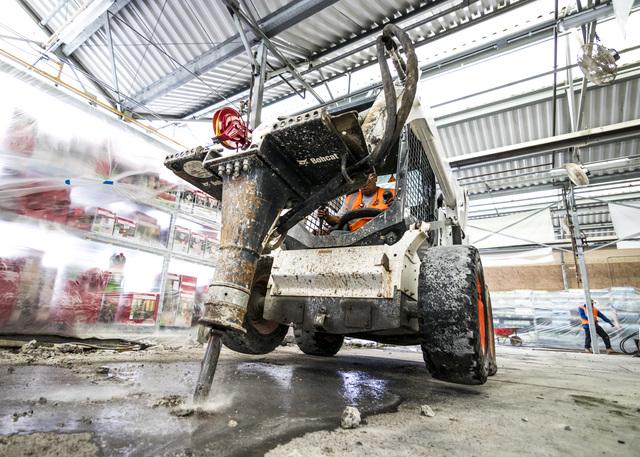 All the old concrete was broken out so it could be framed out and replaced. 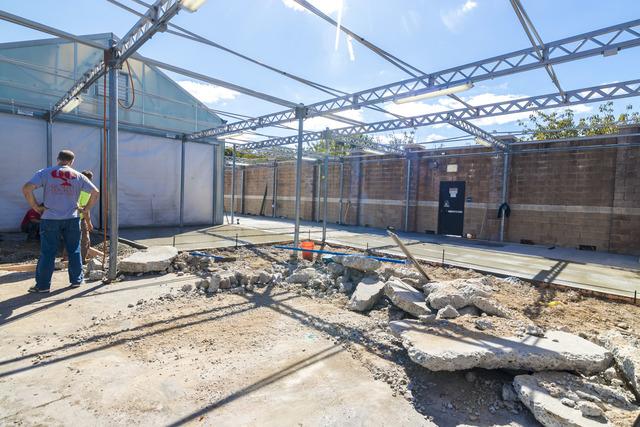 Once the concrete was broken out, the Contracting crew was able to frame the areas and get them ready to be poured. 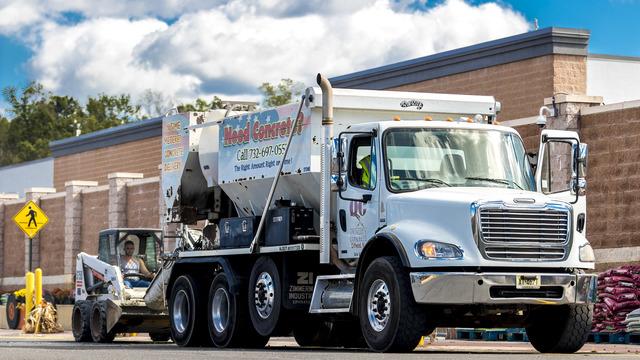 Arriving At The Job Site.

Once Ken arrived at the site, he mixed fresh concrete right there and then. 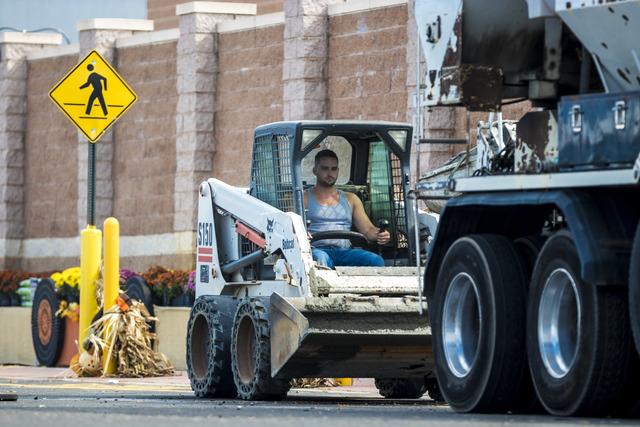 The concrete was poured into a bobcat machine so it could be transported to the inside of the garden center.

Back to Previous Page